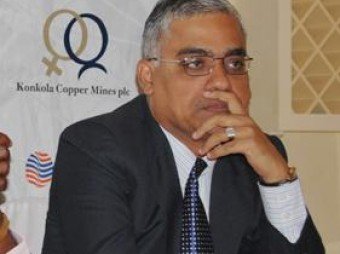 Konkola CEO Kishore Kumar (Lusakatimes.co.zm Picture) According to Lusakatimes.co.zm on November 08, Konkola Copper Mine (KCM) Chief Executive officer Kishore Kumar has been deported.Reports reaching QFM News indicate that Mr Kumar has been deported for defying President Michael Sata’s directive for the mining company not to layoff a single worker, after KCM went ahead to lay off 76 workers.

Mining News Magazine · 12 hours ago
@MiningNewsMag
Japanese have a very bad reputation in DRC mining sector. They owe to Congolese people compensation for financial, human & material abuses.
They must not be welcome now in DRC where they wanna secure their supply chain of strategic minerals. They are looters, they did it in Zaire
View on Twitter
1
3