Mining companies in the Democratic Republic of Congo, Africa’s biggest copper producer after Zambia, urged the government to reconsider proposed changes to the mining code and end a ban on exporting mineral concentrates.
An April 5 government order gave companies 90 days to halt exports of concentrated copper and cobalt as the nation seeks to promote domestic processing. Miners have said the country lacks sufficient electricity to process all its own ore.
“We all want to make money and the more we add value to our products, the more money we make, but there are realities like energy,” said Simon Tuma-Waku, vice president of the
Chamber of Mines at Congo’s main business federation. “We’ll talk about the timing with operators but the government has to guarantee energy.”
Congo was the world’s eighth-largest producer of copper and the biggest producer of cobalt last year, according to the U.S. Geological Survey. It also holds gold, diamonds and tin. Besides power shortages, a lack of infrastructure and legal insecurity hamper investment and will undermine the government’s plans to change its mining code, which include raising taxes and boosting its share of new mining ventures, executives said today.
The amendments “call into question the basis on which mining operators and investors decided to come to Congo,” Marcel Malengo, managing director of African Minerals (Barbados) Ltd., the Ivanplats Ltd. unit that runs the Kamoa copper project, said at a conference in Kinshasa. The government could boost its revenues if it adhered to the code in place, he said.

In the coming days, mining companies expect the minister to offer a timetable for talks on revising the mining code, Tuma-Waku said.
A draft of the proposals shows the government is seeking to raise taxes and royalties from miners, cut exemptions and institute a windfall profit tax. The state may also increase its share of new mining ventures to 35 percent from 5 percent, which may make many projects unprofitable, said Louis Watum, general manager of Randgold Resources Ltd.’s Kibali Gold project.
The Mines Ministry has said the revision process will include public and industry consultations. The changes must be passed by parliament, which isn’t scheduled to debate them in the current session ending in June, according to its agenda. 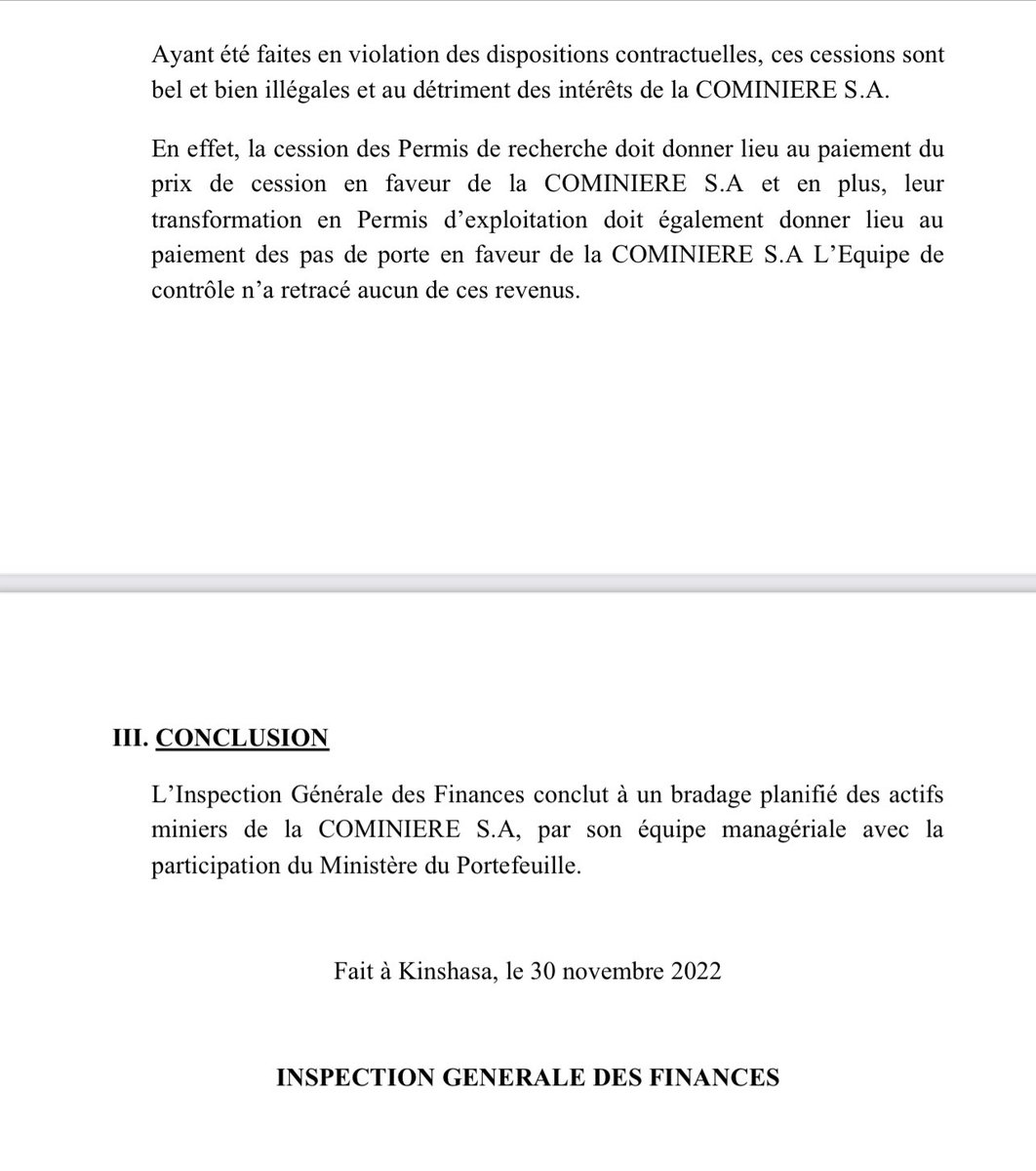